As recommended by the American Fork Fire Marshal and approved by the City Council in this resolution, American Fork City will be implementing the following firework restrictions:

PERMITTED DATES
As per state law fireworks of any kind are only to be permitted in Utah during the following days: 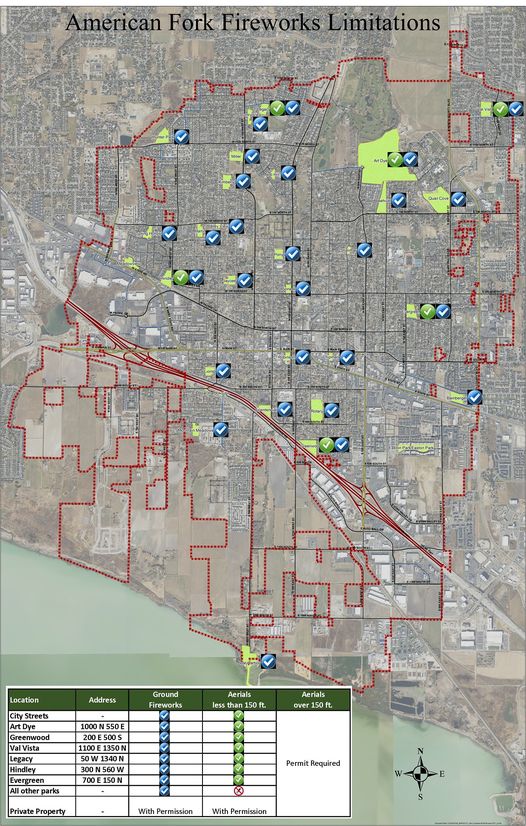 American Fork City has split fireworks up into three categories, or classes. Each class of fireworks has the following definitions:

Ground fireworks are those that do not leave the ground more than 10 feet. They typically include sparklers and fireworks that strobe, spin, smoke, or make sounds. These are legally sold in Utah and permitted in American Fork.

These fireworks are illegal in Utah and American Fork without a special permit. They are also classified as 1.3G fireworks, or display fireworks. These are the fireworks often used by cities or large events, such as Steel Days Big Show celebration. Those interested in holding an event with these fireworks must complete the Special Events Permit.