Large residential users such as parks, schools, churches and large commercial developments are instructed to water during the day. This happens for two reasons: issues with water pressure and number of stations. Large users impact the water pressure so much that they are asked to run opposite of what residents run so as not to impact resident water pressure. Additionally, they have more industrial sprinkler heads that mist less then residential heads, thus reducing evaporation of the two groups. Lastly, even though we try to avoid the hottest part of the day where possible, some spaces are so big they require a lot of stations that take time to run through, causing some sprinklers to go off in the middle of the day. It’s a balance between trying to make sure residents get the water they need, the parks still get watered, and we avoid water loss from both groups. 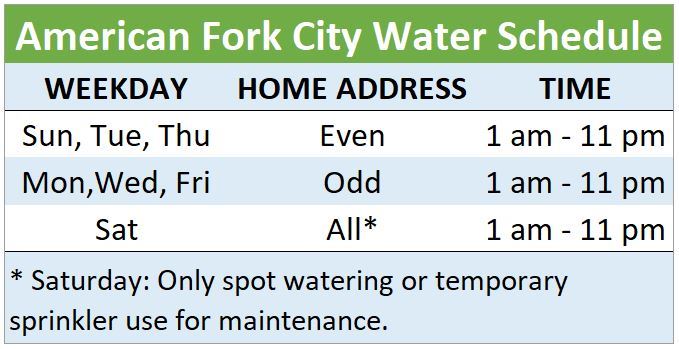 NOTE: As flows change, watering times and schedules may change and additional restrictions imposed. Watch your utility bills for information.