American Fork City is looking to build a second fire station in the northeast part of town as part of our public safety master plan. This fire station would cost $8.5 million but wouldn't raise city debt because it would take the place of the current police station debt, which ends next year. Residents will have a chance to vote on this important issue in this years elections. Please see below to learn more about the need for a second fire station.

Why Do We Need a Second Fire Station?

The Mayor and City Council have been considering a second fire station for a number of years. They have spent a lot of time weighing the options and determining the real need. The City even worked with a company called Emergency Services Consulting International (ESCI), who specialize in researching public safety needs, to see what they would recommend. ESCI recommended four stations total (later revised to five), with two needed right now. By leveraging future roads like the Murdock Connector in the north, and the Vineyard Connector in the south, the city was able to revise that recommendation to just three station total. The end result is a recommendation that is efficient, cost effective, while still adequately servicing the community. But everyone agreed the need for a second fire station was immediate. Below are the main reasons American Fork is recommending a second fire station.

How Will We Pay For the Second Fire Station?

Capital Costs. The city is recommending that citizens approve a bond on this year's ballot for $8.5 million. This bond will pay for the land in the northeast part of town, the construction of a 15,000 sq. ft. fire station, and land acquisition for an additional fire station in the south part of town that will be needed in the future. Apparatus such as the fire truck, ambulance, and brush truck to outfit this new fire station have already been acquired as part of a contract to service Cedar Hills. 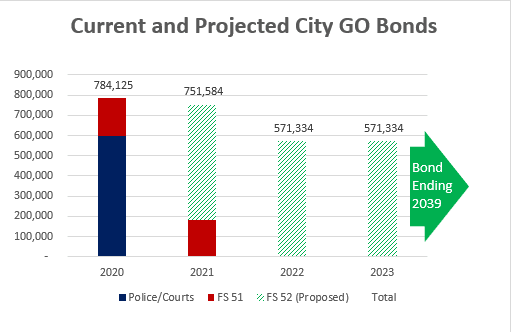 G.O. bonds are debt paid for by taxes. This graph doesn't include other non-G.O. bond debt, such as debt tied to utility fees, like the secondary irrigation debt payments.

Operating Costs. The Mayor and City Council are committed to funding this critical need and are considering a variety of options to fund operating expenses related to a second fire station. It will likely be paid for through several means, including revenue from emergency transports and from a fire service contract with Cedar Hills. Operating costs for a second fire station are also part of a larger property tax discussion American Fork city council is currently having along with funding critical infrastructure needs like roads and utilities.

Where Will the New Fire Station be Located?

The second fire station will be located in the northeast part of town. There are a number of reasons for this:

What is the Timeline for This Fire Station?

The American Fork Fire Station Bond will be on the ballot this fall. Ballots will be mailed October 15, and should be mailed back by November 4. You can also vote in person on November 5 at our AF Library polling station.

If approved construction would begin next year and the new station will be completed in 2021.

Let us know what you think 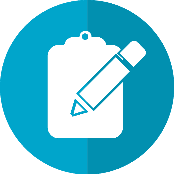 Make sure to vote in this election 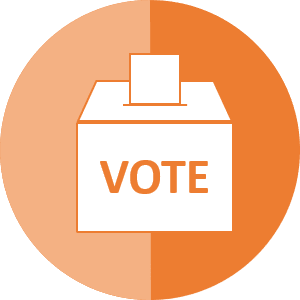 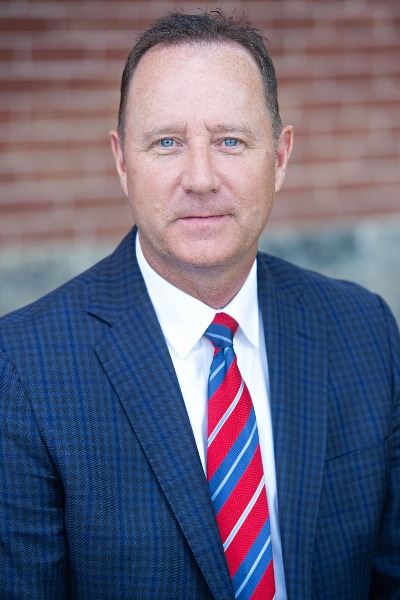 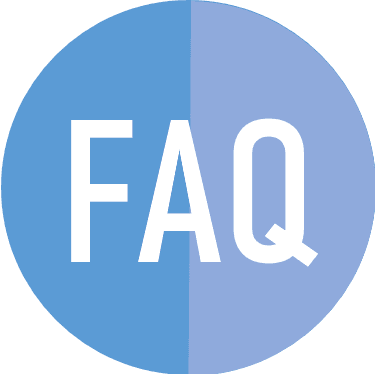 Or submit your own question here

Coverage areas with and without the new fire station. 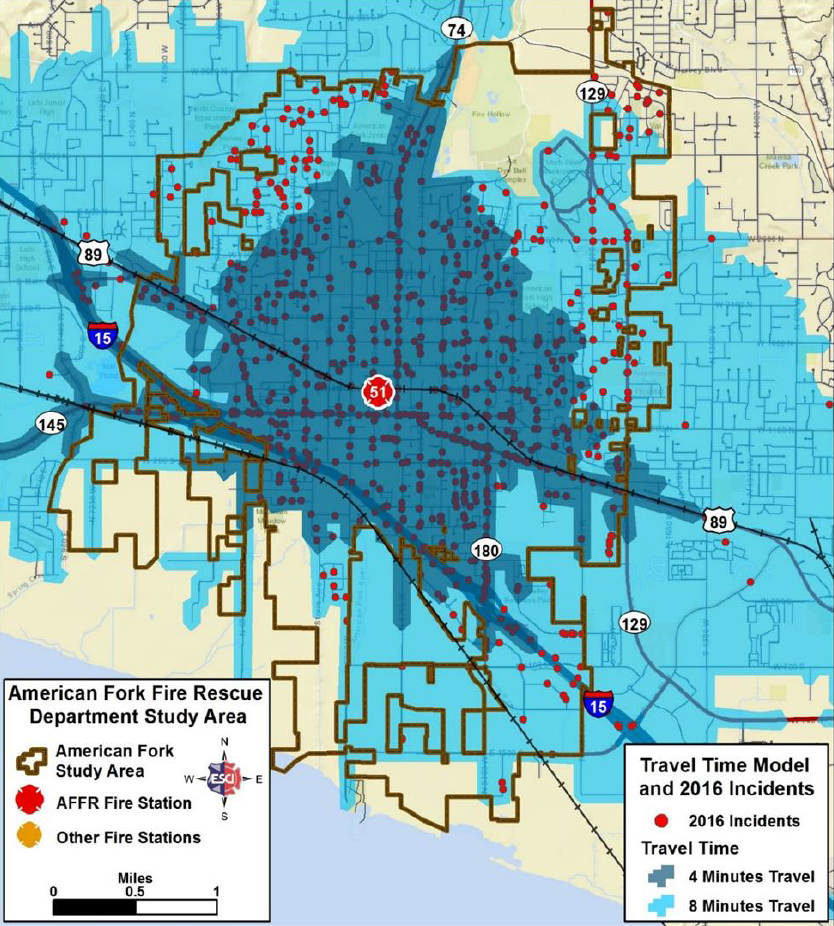 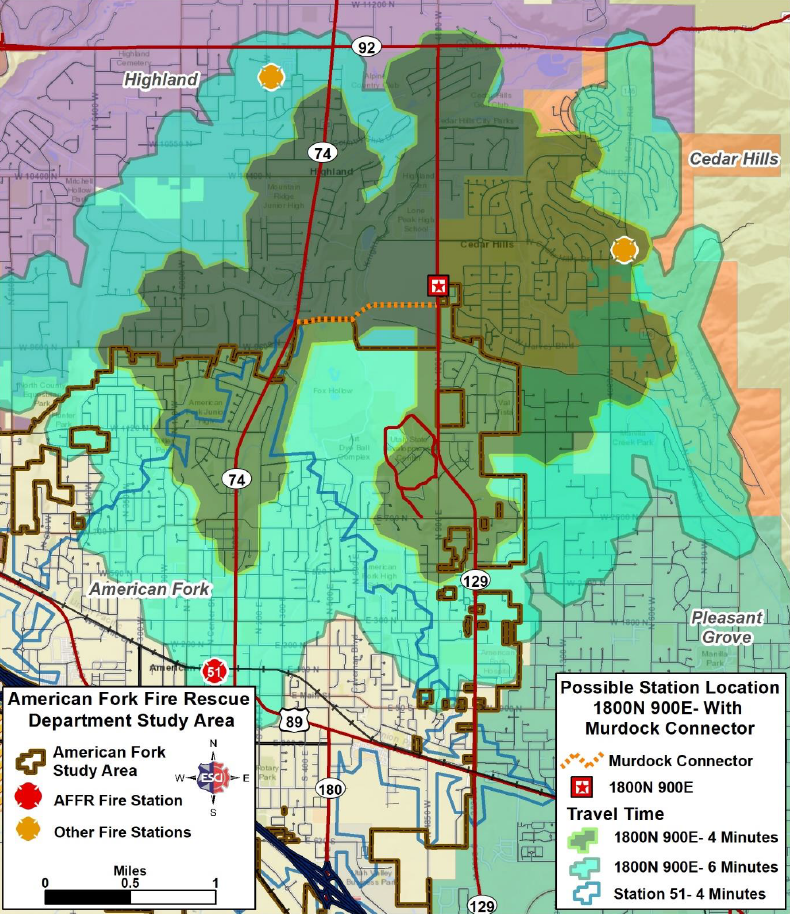